The Worst Book Ever is in bookstores today!

This terrible book is available in bookstores today! Don’t buy it. It’s a total waste of money. 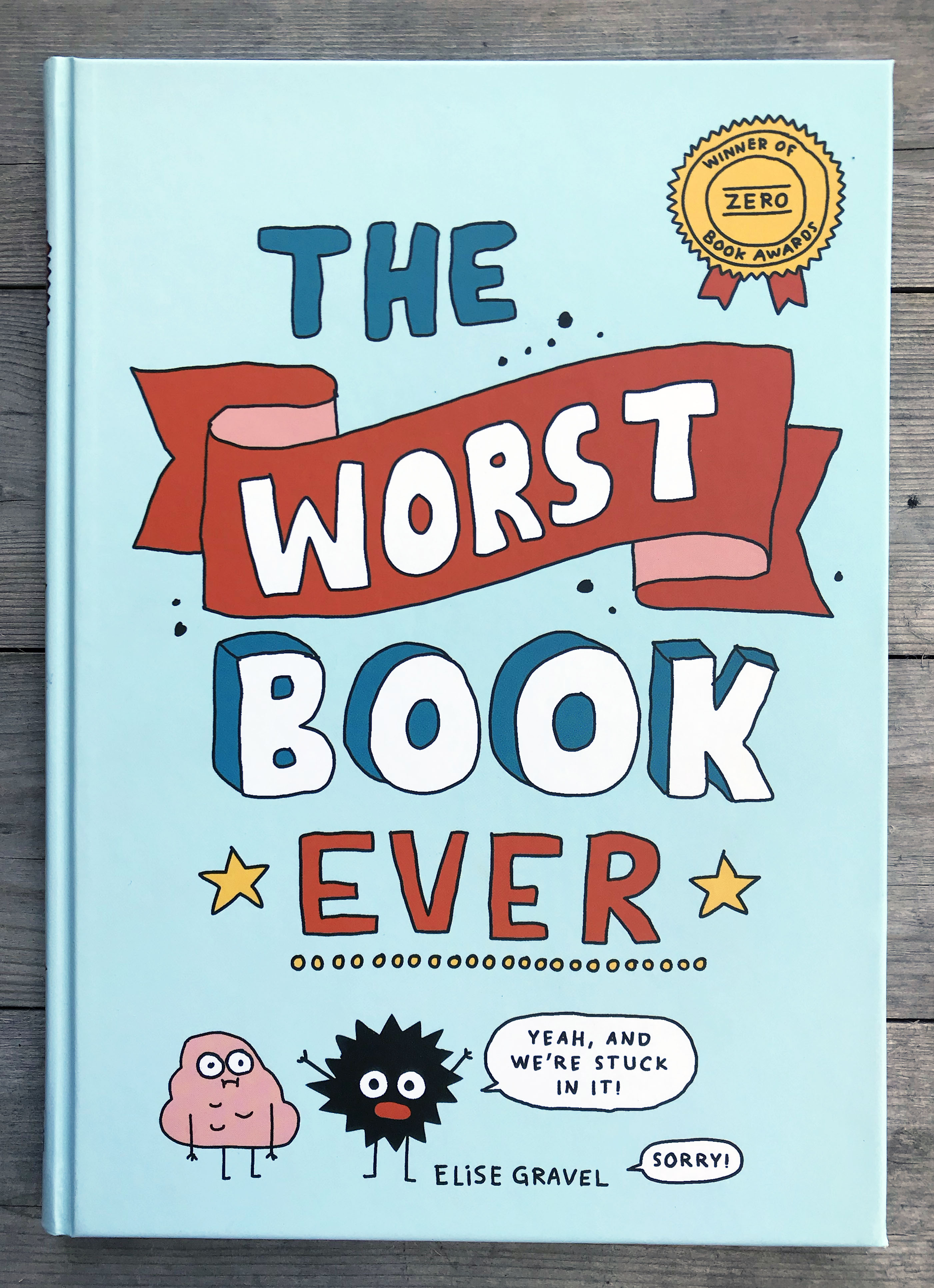 The Quill and Quire’s review:

Elise Gravel’s wildly creative new picture book purports to have no imagination at all. Called The Worst Book Ever, it’s a fairy-tale story of a prince and princess who lead exceptionally boring lives until one day a monster arrives and the prince must save the princess.

A plot like this is shockingly retrograde. That’s why there are three bonus characters – a spider, a blob, and a star-like creature – who live outside of the story and are reading and commenting on it as it progresses. Like Statler and Waldorf or the robot characters from Mystery Science Theater 3000, they provide biting humour and judgment, calling out the off-putting title, the fact that “Prinse” and “Prinsess” are continually spelled wrong, and how “ugly” the illustrations are. It’s an early lesson in meta-narratives for young readers – and it’s a riot for the whole family.

The book is the perfect balance of fun and big themes hidden under more fun. Gravel is loyal to her fan base, cramming in plenty of bodily function humour, while the voice-of-reason characters remind kids that a book should be more than just boogers and farts. These astute critics also point out the story’s sexism, lack of diversity, gratuitous violence, and use of clichés – making this a surprisingly effective classroom tool for what to include in a book report.

The illustrations are purposefully simplistic and ill-proportioned – but still jokey and weird enough to amuse. And there are visual gags for older readers, including a cover sticker that proudly states “Winner of Zero Book Awards.”

There are very few children’s books that are both laugh-out-loud funny and completely on-point and undidactic in their teachable moments. Gravel has nailed this – and made it look easy.